A Clerk Magistrate’s Hearing Lawyer, also known as a Show Cause Hearing Lawyer, occurs when you have been accused of committing a misdemeanor crime, but have not been formally arrested yet. This usually happens when there has been a private complaint made against you. A law enforcement officer may also fill out an application requesting the court to issue a notice for a Show Cause hearing when a crime is alleged to have occurred. 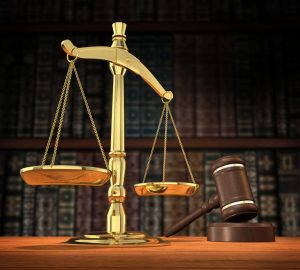 Bringing Law To
The People

The purpose of a clerk’s hearing is to determine whether there’s a probable cause for the criminal charge to proceed to arraignment, meaning that you would be formally charged. According to Massachusetts’s statutes, a misdemeanor crime is one that is not punishable by confinement in state prison. Examples are:

For these and other misdemeanor offenses, there is no possibility of serving state time, but there are other penalties such as jail time in a county facility, probation, fines and/or community service.

You can find out whether your charge is a misdemeanor by studying the statutory cite for the crime on the charging document.

A clerk magistrate hearing happens before a District Court clerk magistrate. A police prosecutor or the individual who has made a complaint against you will try to show that there is enough probable cause indicating that a crime occurred, and, if the Clerk Magistrate agrees, a formal criminal charge will issue against you.